You are here: Home / Tutorials / Automating and Scheduling R Scripts in Windows: Tutorial 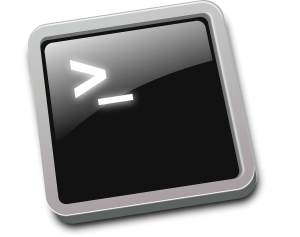 This tutorial will teach you how to run and schedule R scripts from the command line. Even though parts of this tutorial applies for other operating systems as well, the focus will be on Windows, since it is a bit less straightforward than in other systems.

By the end of this tutorial, you will have the basic knowledge of how to execute operations (including R scripts) from Windows Command Prompts using a single line of code – running complex R scripts, embedding parameters within them and scheduling processes to run repeatedly.

Running R scripts from the command line can have a couple of advantages, such as automating repeating R operations, scaling a large number of R-related processes and simplifying the execution of R scripts. In some cases, you might want a server to run your R script every X hours and in other cases, it might be just more convenient to run an existing script without the need to access R or RStudio.

Preparations
First, we need to add a specific path as an environment variable in our system.
1. Go to Windows “Search”
2. Type “Edit the system environment variables”
3. Click the button “Environment Variables” (at the bottom)
4. On the bottom pane, under “System variables”, highlight the “Path” variable and click “Edit”.
5. Click “New” and add the path of the “bin” folder of your R software. The path usually looks like: C:\Program Files\R\R-3.4.4\bin\ (it might change a bit between computers or R versions)
6. Click OK in all windows

If you get the usual R starting message (“R is a free software…”), you’ve done everything right and you can quit the R console for now using the function q(save = "no")
If not, you might have missed something so please go back to the Preparations section. If you’re sure you’ve done everything properly and it’s still not working for you, please contact the author of this tutorial.

Now, to run a simple R script from the command line, all you have to do is type:
Rscript path\to\the\script.R
Try it out with a script of your choice!

Pass parameters to your script
To run a script with parameters, you would have to add some code to your R script that will “unpack” the parameters for the script to use. This is how it is done:

Now, when you run the script from the command line, you should simply specify the parameters after the path to the script, separated by spaces:
Rscript path\to\the\script.R value_for_the_first_parameter value_for_the_second_parameter

1. <ScheduleType> can take values like minute, hourly, daily, weekly.
2. <Modifier> can take numerical values to determine the frequency of the task.
3. <TaskName> is simply a string that specifies the name of the task.
4. <TaskRun> is the actual command line code to run repeatedly.

To delete a task, use the following:
schtasks /delete /tn "My First R Script"